A coalition of Scottish organisations working to combat poverty have today published their manifesto ahead of the Scottish Parliament elections, detailing the change they believe is necessary to create a more just Scottish social security system.

Scotland now has the opportunity to create a positive and world-leading social security system, and we call on all political parties to work together to achieve this.

- Lucy Mulvagh, Director of Policy and Communication at Health and Social Care Alliance (the ALLIANCE) 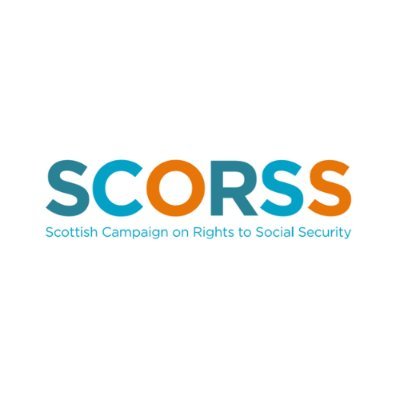 The Scottish Campaign on Rights to Social Security (SCoRSS) manifesto outlines the steps that the coalition believe will shape a Scottish social security system that provides a reliable and adequate safety net, tackles inequalities, and ensures all households have enough to live a fulfilled life. It comes after new Scottish Government statistics published last week showed that at least one million people in Scotland – including 26% of children – are living in the grip of poverty.

The manifesto calls on all of Scotland’s political parties to commit to a range of actions, including:

The publication also highlights the disproportionate number of women, Black and minority ethnic people, and disabled people who are locked into poverty and who would benefit from the action outlined.

The manifesto will be launched at an online event today (Monday 29th March), with representatives from each of Scotland’s political parties discussing how the next Scottish Parliament can create a Scottish social security system in line with SCoRSS’ vision. Panellists will include Shona Robison (SNP), Rachael Hamilton (Conservatives), Pam Duncan-Glancy (Labour), Alison Johnstone (Greens) and Jenny Marr (Liberal Democrats).

“This election comes at a time when a properly functioning social security safety net has never been so important. Members of the Scottish Campaign on Rights to Social Security have seen how the pandemic affected us all, with some people hit much harder than others.

The 2021 manifesto from the Scottish Campaign on Rights to Social Security calls for key changes, like the creation of a world-leading system of disability support and measures to tackle the inequality and poverty that still exists in Scotland.

Over the next five years Scotland has the chance to create a world-leading social security system. The next Scottish Parliament must seize this opportunity to fully implement the changes set out in the SCoRSS manifesto.”

“This election, more than any before, must respond to the needs of women and girls in Scotland. The disproportionate impact of the Covid-19 pandemic on women has left them poorer, in more precarious employment situations, and vastly increased the unpaid care work still predominantly done by women.

All of this has highlighted the deep flaws in our social security systems which keeps women trapped in poverty, polices their decisions about when and whether to have children, and exposed to financial abuse.

The Scottish Campaign on Rights in Social Security manifesto for the Scottish 2021 elections calls parties to commit to using powers over devolved social security to ensure the dignity of people in Scotland and tackle inequalities between women and men and other groups. Specific proposals to embed gender budgeting and human rights budgeting, enhance equalities data collection and EQIA and exploring new models of support for women experiencing domestic abuse will all make huge different to women’s lives.”

Lucy Mulvagh, Director of Policy and Communication at Health and Social Care Alliance (the ALLIANCE), says:

“As an active member of SCoRSS, the Health and Social Care Alliance Scotland are pleased to endorse the 2021 Holyrood manifesto. Social security is a vital support for thousands of Scots, and it is essential that everyone can fully enjoy this fundamental human right.

Sadly, however, we know that some people’s experiences of social security are greatly affected by deeply ingrained inequalities. Scotland now has the opportunity to create a positive and world-leading social security system, and we call on all political parties to work together to achieve this.”