OPFS and over 30 other organisations wrote an open letter to the Times about the #TwoChildLimit.

Here in Scotland, we believe that every child should have the best start in life. And yet the two-child limit denies families the support they need from our social security system when they experience tough times, trapping kids in poverty. It’s right to support families when they need it most. The UK government should lift the two-child limit and help all children to thrive. 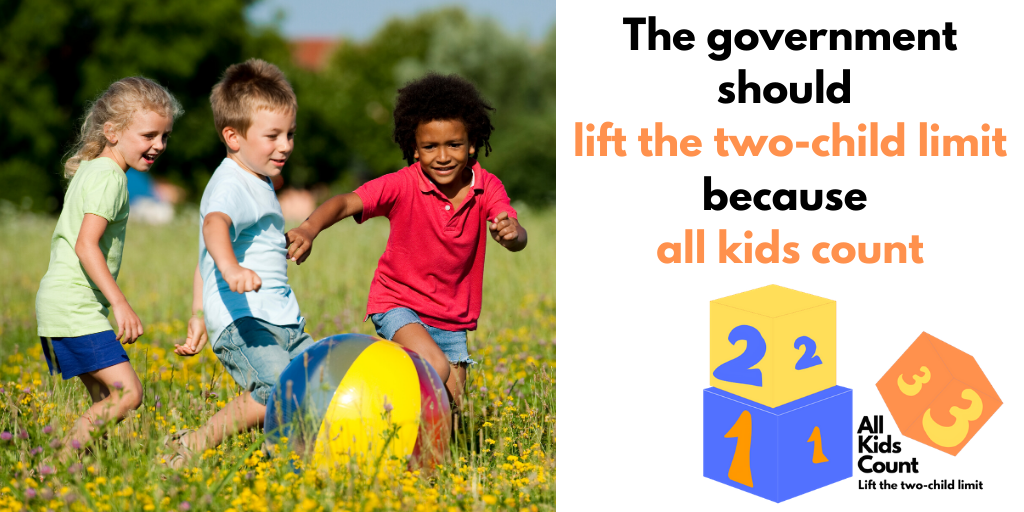 'The Westminster government’s decision to impose a two-child limit on benefit payments not only stigmatises mothers but sets apart siblings. Anything which sends the implicit message that a child is unwanted, unvalued or less important surely cannot be defended? This policy is having a profoundly negative impact on family life, as well as wider implications for society. It is the worst kind of government policy – judgemental, not based on evidence and is punishing those very families who already live in poverty after years of welfare cuts and austerity.'

New government statistics show 243,000 households have been hit by the two-child limit, which restricts support for children in low-income families pushing many into poverty. The pandemic has highlighted how problematic the policy is: families couldn’t have foreseen such economic turmoil when they had their children, and should be able to rely on the social security system to support all their children in a crisis.

We all want children to have the best start in life, filled with opportunity and hope. Every child needs access to free health care, a good education and a childhood free from poverty. We wouldn’t turn away a sick child from hospital, yet the two-child limit denies families the support they need from our social security system in tough times. The policy particularly affects some faith groups and minority ethnic communities, as well as single parent families.

Last week the Chancellor said that no one will be left without hope. But poverty diminishes hope. As we start to recover from one of the most difficult periods in modern history, we must ensure that children in poverty are not left behind. The government should lift the two-child limit to help all children thrive.

“Currently living away from my family support network as a single mum due to being in refuge, being single is hard not having someone to ask for help when needed, during the latest virus pandemic and having kids off school, this has now become much harder to make ends meet even with help of school vouchers as household bill have also increased due to self isolation.”