Letter calling on the UK Government to #EndtheYoungParentPenalty

On 10 June 2021 a cross-party letter was sent to secretary of state for work and pensions Therese Coffey calling for the adult rate of benefits to be restored to single parents under 25 in Universal Credit, as part of One Parent Families Scotland’s campaign to #EndtheYoungParentPenalty.

There is no reason to treat single parent families differently based on age. Whether under or over 25, single parents have a high percentage of their household income taken up by caring for a child as they are both the sole breadwinner and carer for their family. The Government’s decision not to extend this support can only therefore be seen as a Young Parent Penalty.

- letter to Therese Coffey, with over 100+ civil society signatories alongside 60 MPs from nine parties 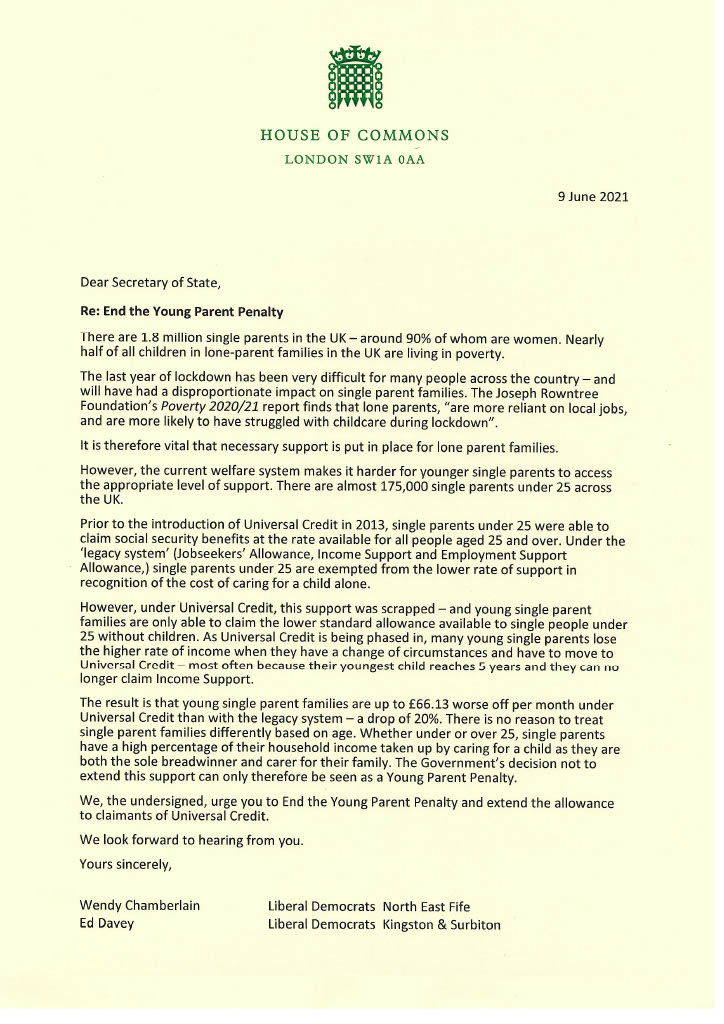 Re: End the Young Parent Penalty

There are 1.8 million single parents in the UK – around 90% of whom are women. Nearly half of all children in lone-parent families in the UK are living in poverty.

The last year of lockdown has been very difficult for many people across the country – and will have had a disproportionate impact on single parent families. The Joseph Rowntree Foundation’s Poverty 2020/21 report finds that lone parents, “are more reliant on local jobs, and are more likely to have struggled with childcare during lockdown”.

It is therefore vital that necessary support is put in place for lone parent families.

However, the current welfare system makes it harder for younger single parents to access the appropriate level of support. There are almost 175,000 single parents under 25 across the UK.

Prior to the introduction of Universal Credit in 2013, single parents under 25 were able to claim social security benefits at the rate available for all people aged 25 and over. Under the ‘legacy system’ (Jobseekers’ Allowance, Income Support and Employment Support Allowance,) single parents under 25 are exempted from the lower rate of support in recognition of the cost of caring for a child alone.

The result is that young single parent families are up to £66.13 worse off per month under Universal Credit than with the legacy system – a drop of 20%. There is no reason to treat single parent families differently based on age. Whether under or over 25, single parents have a high percentage of their household income taken up by caring for a child as they are both the sole breadwinner and carer for their family. The Government’s decision not to extend this support can only therefore be seen as a Young Parent Penalty.

We, the undersigned, urge you to End the Young Parent Penalty and extend the allowance to claimants of Universal Credit.

We look forward to hearing from you. 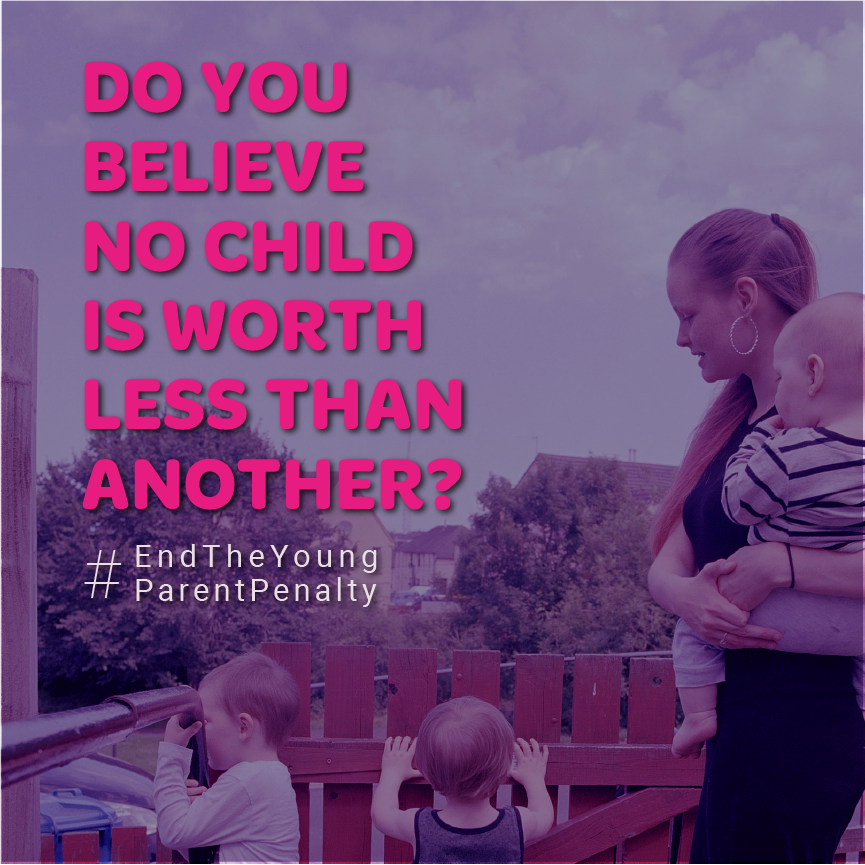 Claire Telfer, Head of Scotland, Save the Children UK

Professor the Baroness Ruth Lister, Member of the House of Lords

Dr Sarah Weakley, social security and poverty researcher at the University of Glasgow

Marsha Wood, Research Assistant at the Institute for Policy Research, University of Bath 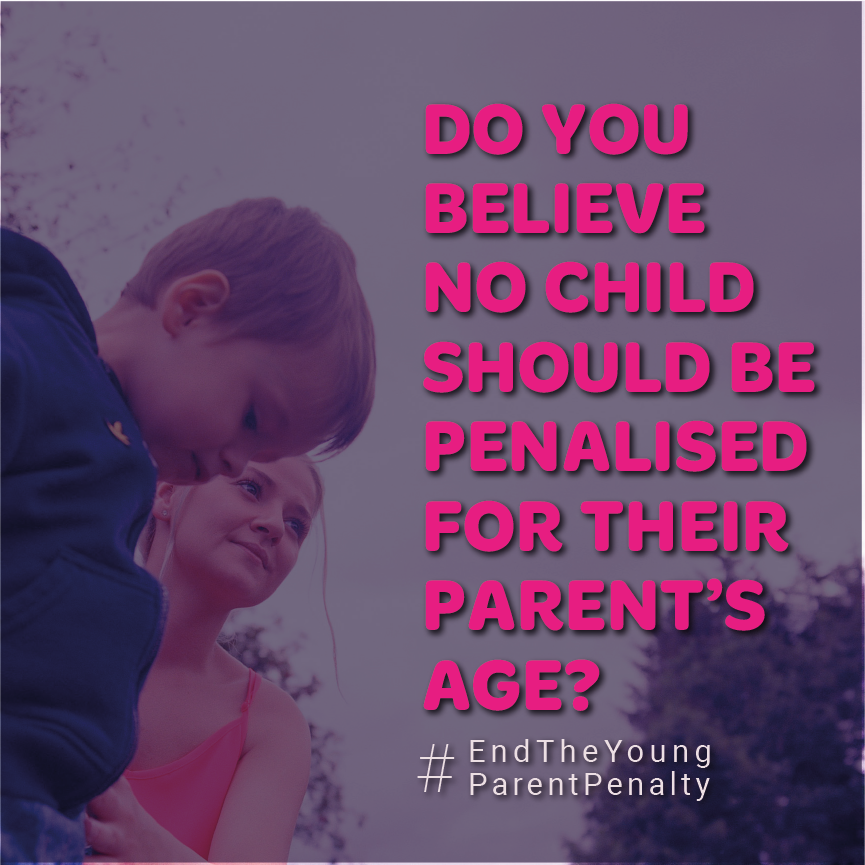 Find out more about the Young Parent Penalty and our campaign to end it here.

Read Olivia’s story of losing out when she was moved from Jobseeker’s Allowance to Universal Credit.

Read Shannon’s story of how she struggled after being moved from Income Support to Universal Credit.

See our list of original campaign supporters and their statements on why ending the young parent penalty is so important.